The Papercraft Spectrometer is a DIY kit which shifts the problem space of spectrometry into the realm of papercraft, changing both the circle of possible contributors to this technology and the meaning and purpose of the tool, reflecting as it does the values, identities, and knowledge of those who help to design and build it in social, cultural, economic, and epistemological terms.

I led the development of this open source kit as Director of Research at Public Lab, and an estimated 80,000 kits have been distributed around the world since its first version in 2012.

The kit was included as a cut-out insert in issue 70 of Make Magazine, was a finalist for the Designs of the Year 2014 at the Design Museum in London, and was featured in the December issue of the Economist in 2017. It incorporated and built upon the open sourced contributions of hundreds of people, from blog posts by the Inter-University Center for Astronomy and Astrophysics in Pune, India, to the 1600 backers of the Kickstarter project we launched the first version with in 2012.

Using scissors, the design can be cut from a paper template which may be printed on cardstock; the interior is darkened due to a large square of black ink on the reverse side. The prism, or diffraction grating, which bends light into a rainbow, can be made by cutting a slice of a DVD-R and taping it to the provided window.

Basic instructions for both assembly and calibration are printed on the device itself, inspired by the Antikytheros device, an example of a technology which “explains itself to you.” 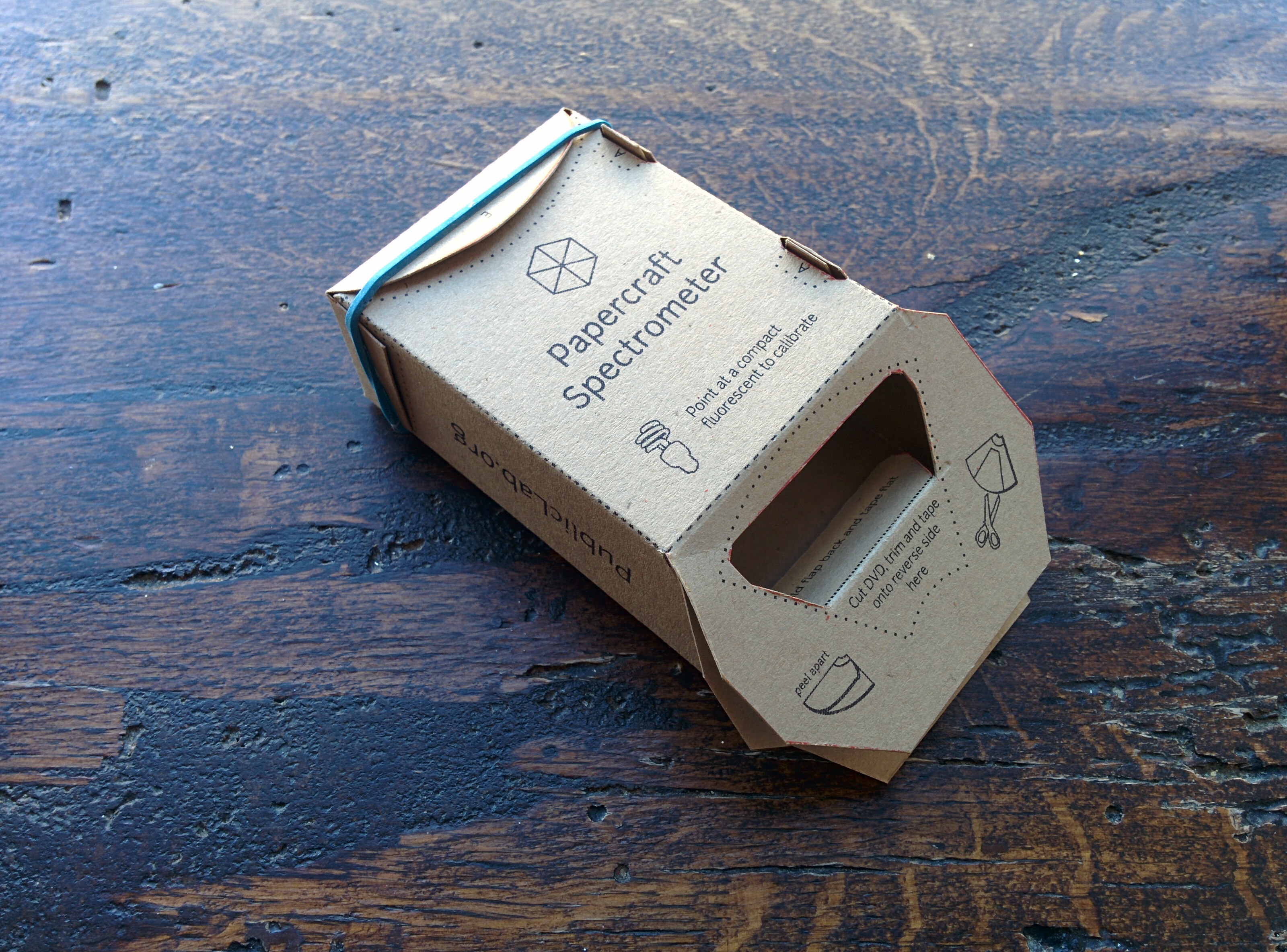