Curious about the origins of the microscope, I found that histories of scientific instruments often center disproportionally on the lives of men from the European Enlightmenment. I found that several references to much older “water microscopes” in ancient China, but the inventors, primary sources, dates, and other details were omitted. I know that these histories may be lost, untranslated, or inaccurate, but they are also treated differently, as mythology or mysticism, though of course the origins of western science are also mixed up in alchemy, theology, and mysogyny.

In his 1940 story Tlön, Uqbar, Orbis Tertius, Jorge Luis Borges writes of a form of speculative archaeology in which artifacts are recovered from civilizations that did not exist. Reading this, I was inspired to “recover” and remake scientific instruments that might have existed, and especially ones that might not be recognized by contemporary scientists.

Modeled on Joeseon period Korean ceramic inkpots, this desktop spectrometer is made of porcelain and lined with felt. Samples are introduced in the top funnel, and the “eyes” are pointed towards a light source such as a fire, or the sun. By looking into the square hole, you can see the spectrum of light passing through the sample you’re examining, next to a “blank” sample for comparison.

The spectrometer, still incomplete, requires a diffraction grating that could have come from contemporary materials; I’ve considered using iridescent feathers, fish skin, beetle carapaces, or even the surface of bubble, but have yet to make a final decision.

See a prototype below which demonstrates the comparison of 2 samples in a similar manner: 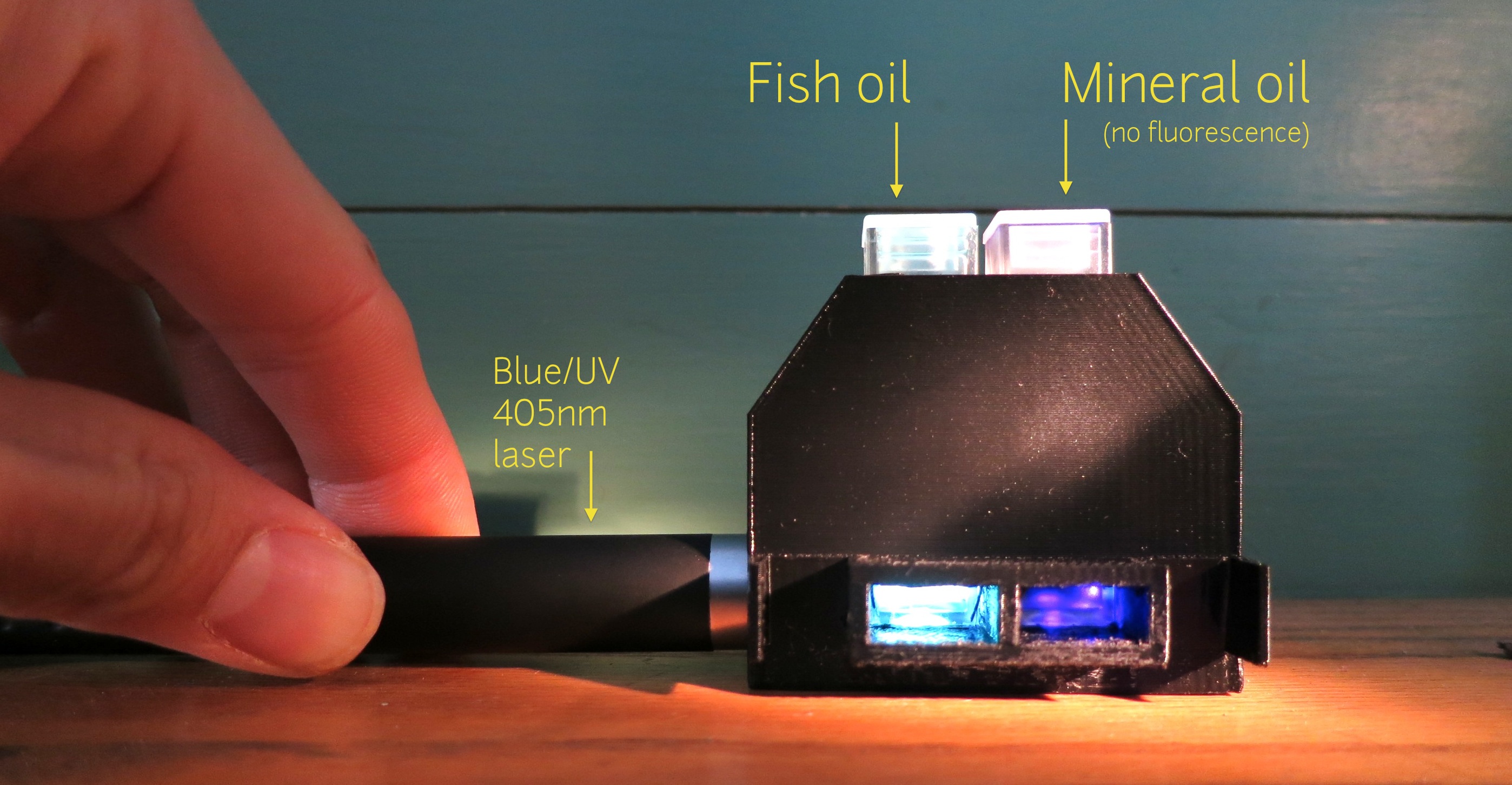